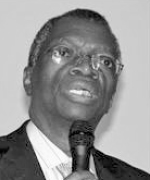 Pius Nkonzo Langa was born in Bushbuckridge, South Africa, and was nine years old when the National Party came to power on a policy of greater segregation of whites and blacks. That policy of "apartheid" contended that white people were superior and deserved the exclusive benefits of the nation's resources and goods. As he has described it, "Apartheid was a policy of oppression, seeking to dehumanize the natives so that they could better serve those who colonized them". From 1957, he spent three years working in a shirt factory, and in 1960 he accepted a job as an interpreter and messenger in the South African Justice Department. However, through private study he completed his high school education and then obtained B.Iuris and LL.B degrees, in 1973 and 1976 respectively, by long distance learning through the University of South Africa. He was admitted as an Advocate of the Supreme Court of South Africa in 1977, and practised at the Natal Bar. His practice reflected the struggle against the apartheid system, and his clientele included the underprivileged, various civic bodies, trade unions and people charged with political offences under the oppressive apartheid security legislation. He was a founder member of the National Association of Democratic Lawyers and served as its President from 1988 to 1994. He attained the rank of Senior Counsel in 1994.

During the 1980s and into the 1990s, he was involved in the work of the United Democratic Front, and in the Convention for a Democratic South Africa and its successor, the Multi-Party Negotiating Forum. He was a member of the Constitutional Committee of the African National Congress, and was in the advisor group during the Groote Schuur and Pretoria "Talks-about-Talks". He served as a founder member of the Release Mandela Committee and was a member of the Regional and National Reception Committees formed to prepare for and accelerate the release of political prisoners. He was intimately involved in the processes that led to the establishment of democratic rule in South Africa, including serving on the pre-Constitutional Human Rights Commission, the Police Board, and several commissions of inquiry established at the time.

When the Constitutional Court was established in 1994 in post apartheid South Africa, Pius Langa was appointed together with ten others as the first judges of the new Court. He became its Deputy President in 1997, and in 2001 assumed the position of Deputy Chief Justice of South Africa. In June 2005, he was appointed his country's Chief Justice and head of the Constitutional Court, and Chairperson of the Judicial Service Commission. He was also the Chairperson of the Southern African Judges Commission (2003-2009), and a member of the Permanent Court of Arbitration at The Hague.

In 1998, Justice Langa chaired a Commission to probe the Lesotho elections on behalf of SADC, and in 2000 he was appointed the Commonwealth's Special Envoy to assist the Fiji Islands return to democracy. He has participated in the work of the constitutional review commissions in Sri Lanka, Zimbabwe, Rwanda and Tanzania, and led a delegation to Cameroon, at the request of the Cameroon Government, to review and integrate that country's system of criminal procedure. He was Chancellor of the University of Natal (1998-2004), and Chancellor of the Nelson Mandela Metropolitan University (2003-2006). He is an honorary professor in law faculties in several universities in his country, and is also a Distinguished Visiting Professor at the Southern Methodist University, Dallas, Texas.

Justice Langa has been awarded Doctor of Laws degrees, honoris causa, by the Universities of Zululand, Western Cape, Cape Town, Unisa, Rhodes, Yale, the National University of Ireland, and the Southern Methodist University, Dallas, Texas. He was awarded the degree Doctor of the Public Service, honoris causa, by the North Eastern University, Boston, Massachusetts. He has been honoured with awards for the advancement of justice and human rights by the Black Lawyers Association, the National Association of Democratic Lawyers, and the Judicial Council of the American Bar Association. He was the recipient of the 2004 Justice Prize from the Peter Gruber Foundation, USA, and the 2006 Sydney and Felicia Kentridge Award for Service to Justice. In 2008, the President of the Republic of South Africa bestowed on him the Order of the Supreme Counsellor of the Baobab: Gold "for his exceptional service in law, constitutional jurisprudence and human rights".