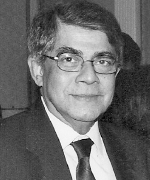 Nihal Jayawickrama graduated in law from the University of Ceylon and was admitted as an Advocate of the Supreme Court in August 1962. He practised in both original and appellate courts, and was elected to the Bar Council in 1968. In 1970, at the age of 32, he was appointed Attorney General, and shortly thereafter as Permanent Secretary to the Ministry of Justice, an office he held for the next seven years. This period saw the establishment of a new court structure and new civil, criminal and appellate procedures. He was a member of the Judicial Service Advisory Board, the Council of Legal Education, the Asian-African Legal Consultative Committee, New Delhi, and the Permanent Court of Arbitration at The Hague. He was a Representative to the United Nations General Assembly, and a member of the Committee that drafted the Constitution of the Republic of Sri Lanka.

In 1978, he was appointed a Research Fellow at King's College London to research the emerging body of international human rights law under Prof James Fawcett, President of the European Commission of Human Rights. His research was incorporated in Paul Sieghart's pioneering work, The International Law of Human Rights (Oxford University Press, 1983). In 1983, he was awarded the degree of Doctor of Philosophy by the University of London (School of Oriental and African Studies) for his research on the application of international human rights law. From 1985 to 1997, he was Associate Professor of Law at the University of Hong Kong. In 1992/1993 he occupied the Ariel F. Sallows Chair of Human Rights at the University of Saskatchewan, Canada, an award made for "distinguished contribution to research in or practice of human rights". As Chairperson of the Hong Kong Section of the International Commission of Jurists, he was the principal commentator on constitutional, judicial and human rights issues in the territory in the period preceding the transfer of sovereignty. He was intimately involved in the processes that led to the drafting and enactment of the Hong Kong Bill of Rights and the establishment of Hong Kong's Court of Final Appeal. In 1989 and 1990, he accompanied student leaders from Beijing to brief the UN Sub-Commission and Commission on Human Rights on the Tiananmen massacre.

From 1997 to 2000, Nihal Jayawickrama was an Executive Director of Transparency International at its secretariat in Berlin. Since 2000, he has been an independent consultant on governance, judicial reform, and anti-corruption strategies. His work has involved collaboration with several governments, legislatures and/or judiciaries including those of Libya, China, the Russian Federation, Lebanon, Nigeria, Ghana, Kenya, the Seychelles, Turkey, Afghanistan, Sierra Leone, Indonesia, the Pacific Island States, the Philippines, Egypt and Armenia. He coordinated a pilot survey of court users and stakeholders in Sri Lanka to identify the nature and extent of corruption in the judicial system, and prepared a judicial ethics curriculum and manual and conducted training sessions for judges in Nigeria. He has served on expert groups that developed a UN Technical Guide on Strengthening Judicial Integrity and Capacity; a UN anti-corruption toolkit; a UN Technical Guide to Promote the Implementation of UNCAC; and a framework for preventing and eliminating corruption in judicial systems. He was a member of the advisory group on the project on corruption and human rights of the International Council on Human Rights Policy, Geneva.

He is the author of The Judicial Application of Human Rights Law: National, Regional and International Jurisprudence (Cambridge University Press, 2002). He has published widely in refereed books and journals and made presentations in over 40 countries on a range of issues relating to human rights, constitutional law, judicial integrity and governance. In 2004, he gave expert evidence on the impact of judicial corruption on the reciprocal enforcement of foreign judgments before the Superior Court of Justice of Ontario, Canada. He was President of the United Nations Association of Sri Lanka, Vice President of the World Federation of United Nations Associations, Geneva, Chair of the Trustees of the Commonwealth Human Rights Initiative, London, and a member of the Legal Advisory Board of the US-based Genetics Policy Institute.